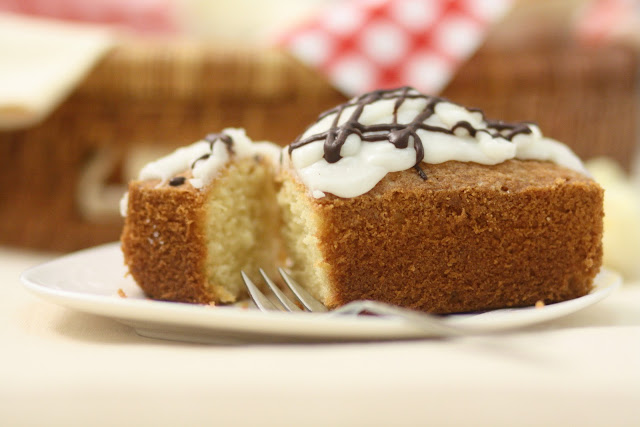 Just one more week left to take part in my giveaway: click here for details! 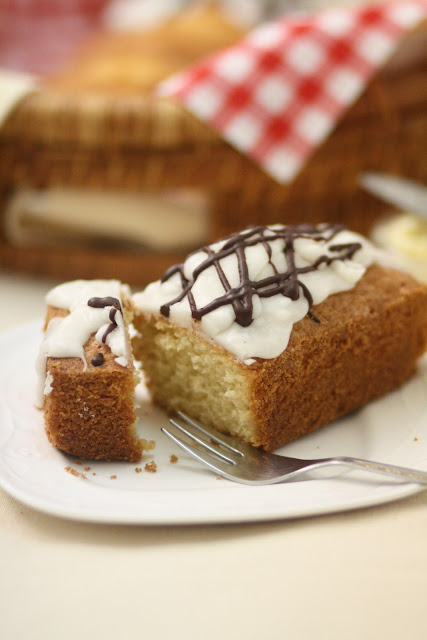 So it was Sunday evening, and I was having a supposedly therapeutic baking session. I wanted to make a cinnamon teacake and frost it with rainbow sprinkles and baby pink icing. I forgot to add the egg to the mixture until the very end but figured that the little glitch wouldn't have an effect.

BUT IT DID. The cake didn't come out of the tin.. only the top half did, leaving a crater in the cake tin the size of the moon. I'm guessing that was because of the adding-egg-at-the-end-thing but maybe it wasn't. Either way. I turned the cake into dark chocolate cinnamon cake pops and decided to make something else which would turn out successful. So I decided to make almond butter loaves. Sounds great, doesn't it?

Except that the recipe called for 250g of butter and I only had 220g out and softened. I decided to take the big leap and halve the quantities to make a cake of half the size. I had done that once before, in my early baking years, and it had turned out disastrous. Nevertheless, I attempted to try it once more. 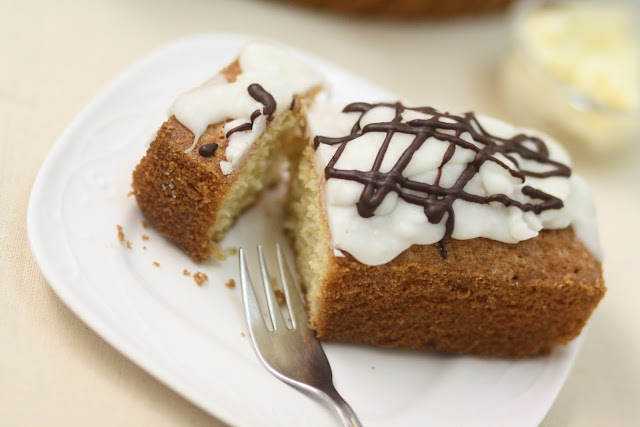 So I creamed half the required butter with half the required sugar and then guess what? I added all the eggs. All four of them. I only realized what I had done when my mixture had the consistency of water. After some frustration, I decided to add everything together. And make the entire quantity of cake.. except for the 30g of butter... I made it.. without expecting the cake to be anything spectacular but it turned out WONDERFUL. 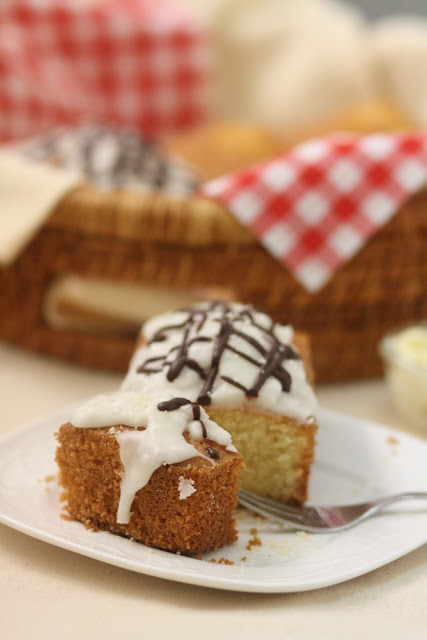 Preheat the oven to 180C. Grease and flour six mini loaf tins or a 19cm square or round cake tin.
Cream the butter, extract, and the sugar until light and fluffy. Add the eggs one at a time and beat thoroughly.
Sift the flours and ground almonds directly onto the egg mixture and beat through until just combined.
Spoon into tin(s) and bake for 30 minutes at 180C. Then, reduce the heat to 160C and bake for another 30 minutes or until baked through.
Remove from the oven and allow cake to cool in tins for 10 minutes before placing on a wire rack to cool thoroughly.
Simmer water in a small saucepan and in a heatproof bowl that fits above, stir together the butter and icing sugar till a paste forms. Add the milk and stir until the glaze is smooth.
Drizzle over the cake and allow to set.
Then, melt the chocolate in a heatproof bowl over the same pan of simmering water. Once the chocolate is melted and smooth, place in a sandwich bag and make a VERY, VERY small incision at the base of the sandwich bag.
Drizzle the melted chocolate over the glaze diagonally.

Serve these cut into slices and with a cup of tea- it's perfect! 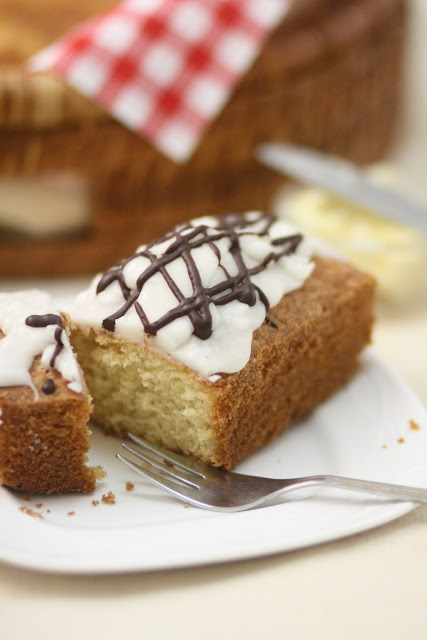