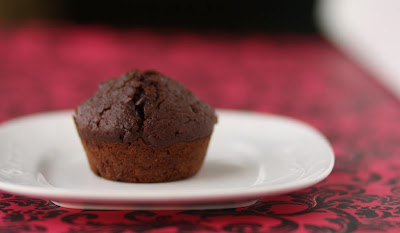 And so when I read the recipe for 'chocolate "cinnamon" muffins' in my Marks and Spencer cookbook, I scoffed.  Half a teaspoon? Really? Ohh no, I'd add three more teaspoons, yes I would.

And that's what I did. Cinnamon works really well with cocoa powder.. And makes your kitchen smell like heaven. I just wish our oven was in the inside kitchen so that the whole house could smell like muffins. Or whatever it is that I'm baking. But an outside kitchen does have its benefits- especially when you have guests over and don't want the house smelling like onion and garlic.

But back to muffins, I love making them, perhaps because I don't make them that much. And also, the super-risen texture of it makes them look wholesome. There are so many ways that you can vary muffins, and make them savoury, unlike cupcakes, so that muffins make a great snack any time of day.

Anyways, without further ado, I present to you my modified version of chocolate cinnamon muffins. 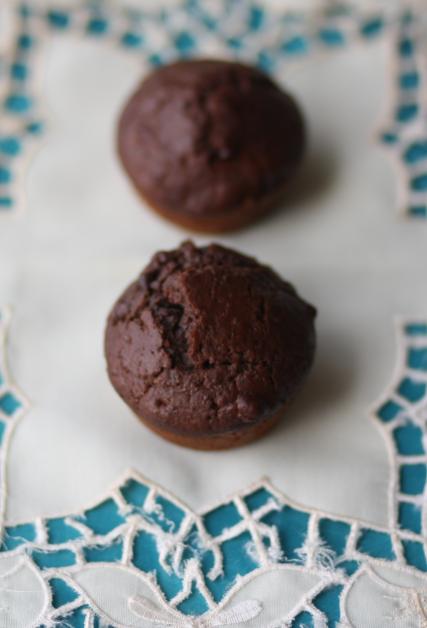 Lightly beat the eggs in a large bowl then beat in the milk and butter. Make a well in the centre of the dry ingredients and pour in the beaten liquid ingredients. Stir gently until just combined. Do not overmix.

Spoon into prepared muffin tin and bake in the preheated oven for about 20 minutes until well-risen and firm to the touch. Serve warm, dusted with icing sugar if desired. (which I did but didn't take pictures of because the muffins were already in my tummy).

*
I got an idea for "gourmet" muffins.. I wanted to serve these with a scoop of vanilla icecream and some caramel or butterscotch (or even chocolate) sauce drizzled along the middle of the muffin and ice cream scoop....something like my version of a peach melba.
Blogged by spontaneous-euphoria at 14:25