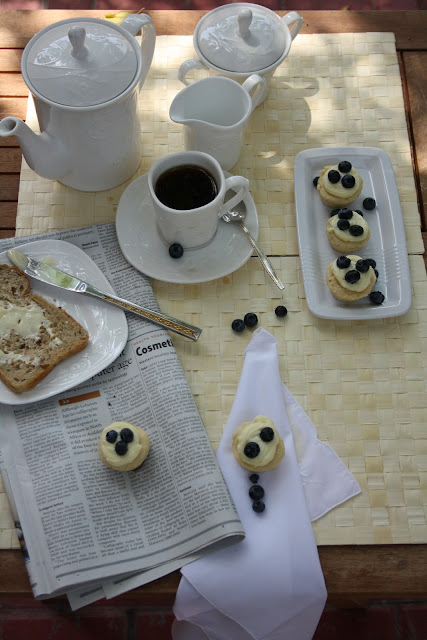 Lemon and blueberry... one of those classic combinations where you can't go wrong, just like raspberry and white chocolate. 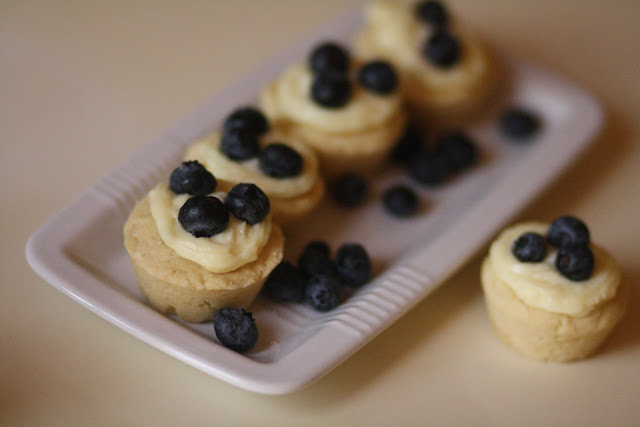 I found a recipe in a book called "Lemon and Blueberry Cakes with a Cheesecake Topping"... the picture was adorable, there were these mini cakes topped with a second, equally thick and really white layer of cheesecake  topping. The whole thing was topped with some tiny blueberries. The picture did not correspond to the recipe... in the sense that the procedure in no way would end up making cakes that looked like that!


Anyhow, I tried it. And my suspicions were correct. I ended up with very moist muffins. Disheartened with this result, I decided to play around the concept and come up with something quite similar but not exactly. 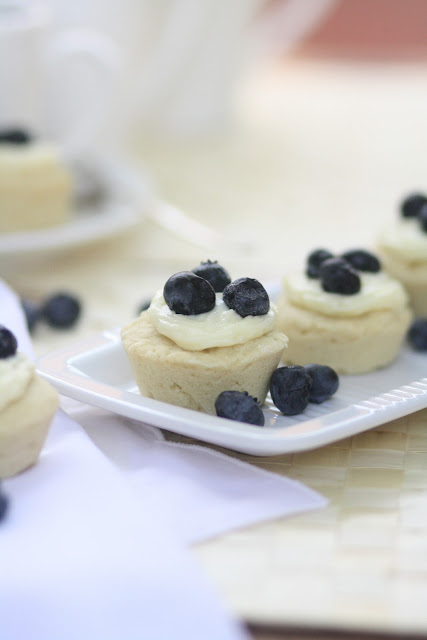 So I made these blueberry and mascarpone biscuit bites. The base is a biscuit layer (cooked in a mini cupcake tray). The topping is simply some piped mascarpone cheese and blueberries. 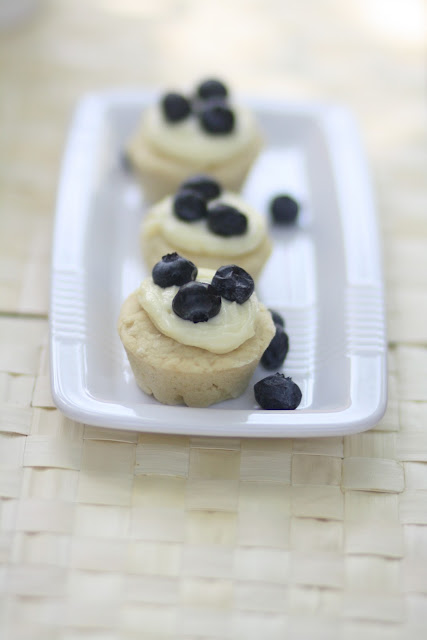 I took these to Devina's potluck this Friday and they were a big success. And they're very, very simple to make! 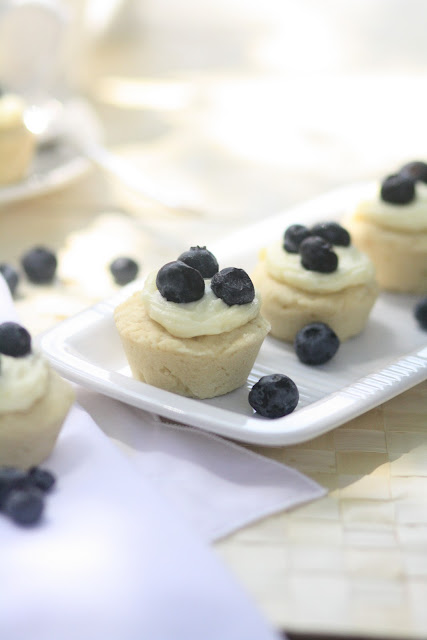 Procedure
Generously grease the cupcake tray.
Beat the butter and sugar until fluffy. Add the egg and beat until combined.
Add the sifted flours and fold in.
Mix in the vanilla extract and make sure everything is well combined.
Take teaspoons of the dough and press into each hole in the tin. Make sure they're 3/4 full.
Bake at 180C in a preheated oven for around 20 minutes until relatively cooked but soft.
Remove from oven and allow to cool completely in tin, around one hour.
Once cooled, spoon the mascarpone cheese into a piping bag with a small star tip.
Pipe from the center out and place two to three blueberries on top. 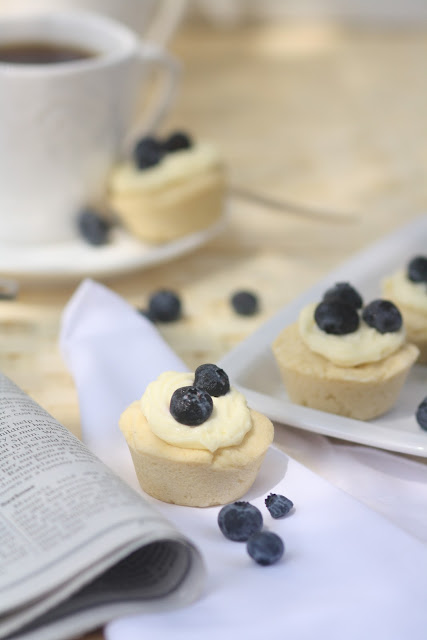 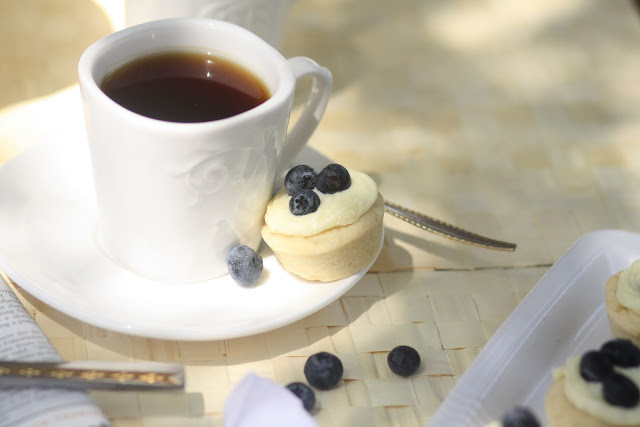 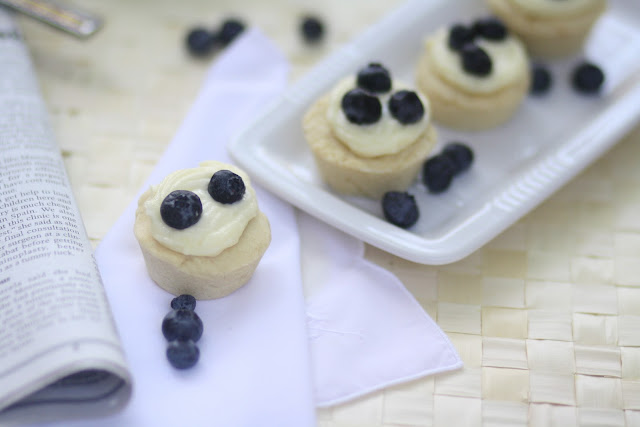