How the Aztecs did it..

Have you taken part in my blog giveaway yet? Details here!

Choclette is hosting this month's We Should Cocoa challenge with the wonderfully exotic theme of chili and chocolate. It's my second time participating after I made a triple chocolate party cake for last month's challenge. 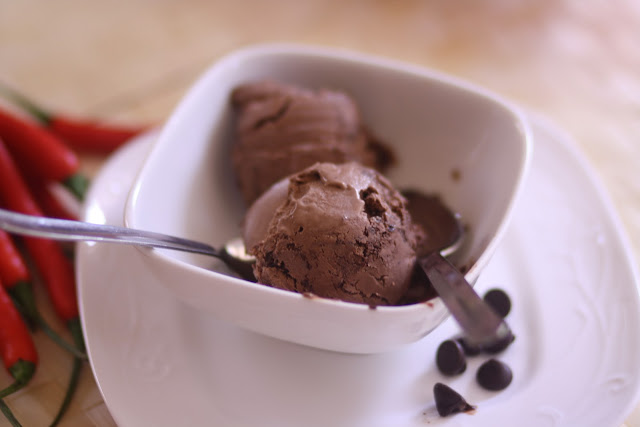 I love chili with chocolate but have only ever had it in chocolate soups (as I did at Hotel Chocolat in London) and or hot chocolate shots (In Dubai's Vintage Chocolate Bar) and I wondered what it would taste like in ice-cream. 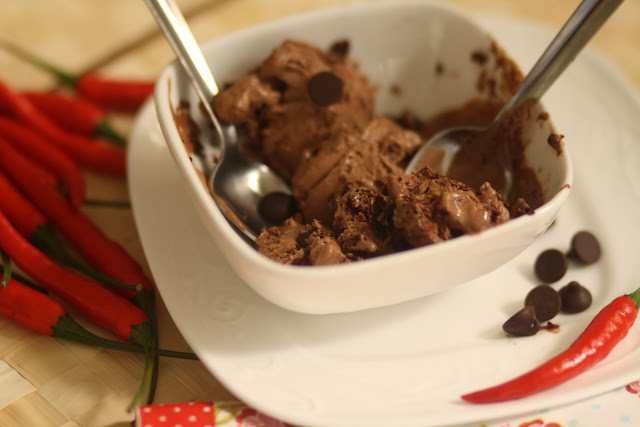 I could sort of imagine the play of the flavours and textures. Velvety chocolate ice cream that cools the throat but has a strong chili aftertaste after you've swallowed it. Seemed so heavenly to me. And so I tweaked a normal chocolate ice-cream and added some thinly sliced red birds-eye chilies. 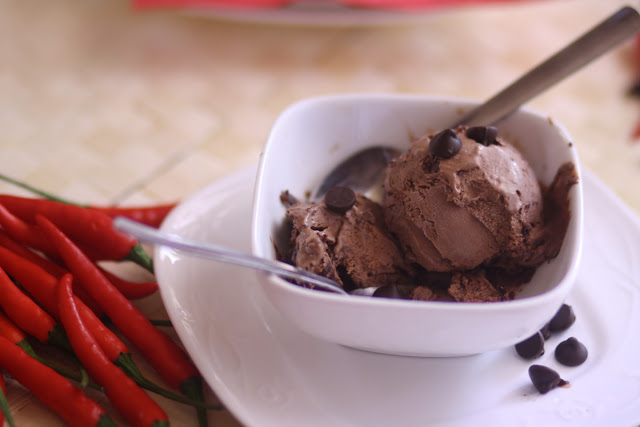 In a heatproof bowl over a pan of simmering water, melt the chopped chocolate and single cream until mixture is smooth and incorporated. Allow to cool.
In a mixing bowl, beat together the double cream and the milk until soft peaks form. Stir in the icing sugar and chilies.
Add the first batch of melted chocolate and beat until combined. Place the mixture in an ice-cream maker and churn for around 20-25 minutes.
While ice cream is churning, melt the extra dark chocolate and single cream in a bowl over simmering water.
Spoon the ice-cream in a small airtight container.
With a teaspoon, drizzle the extra melted chocolate over the ice cream.

Place the lid on the container and refrigerate it to firm up for at least 90 minutes before serving. 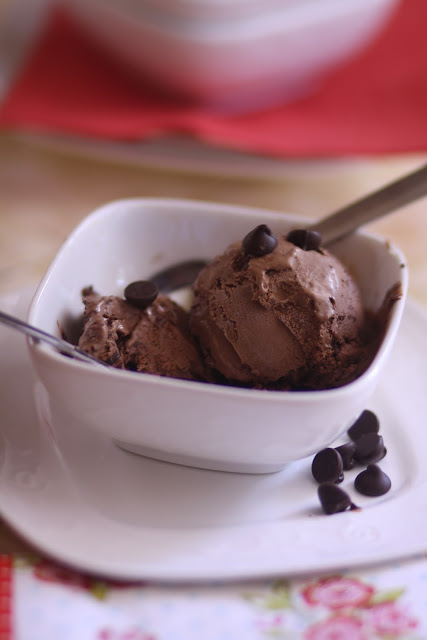 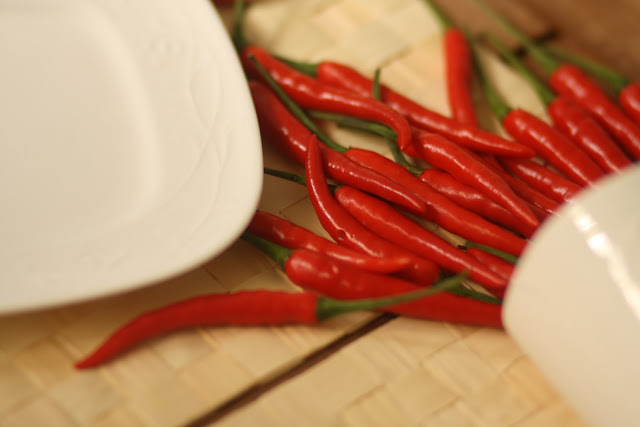