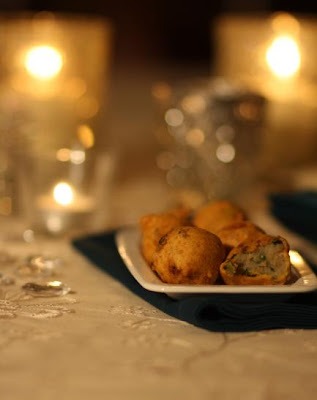 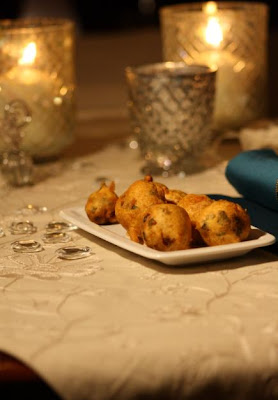 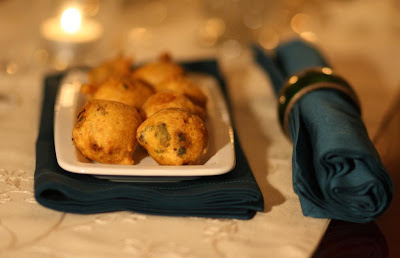 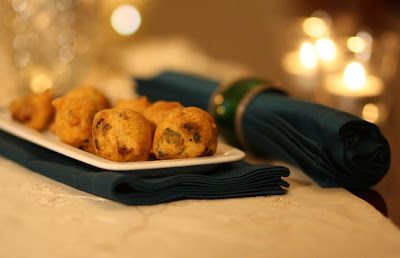 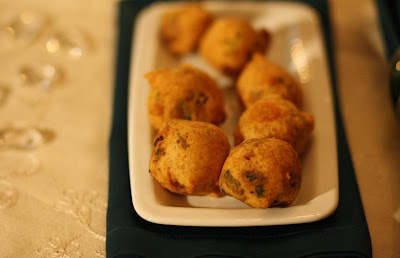 Often, when I am bored and do not know what to make for dinner.. I close my eyes, pick up a random cookbook, blindly flip through it, and then open my eyes to see what I'll be having for dinner that night. This blog challenge called for exactly that. I rushed over to my bookshelf and since I didn't want to "take all your cook books off the shelf and shuffle them" as the challenge called for, I closed my eyes and picked out around six cookbooks at random. If I were to take all my neatly organized cookbooks off the shelf, the perfectionist OCD in me would throw a fit....
Anyways, the book I ended up picking (by further closed eyes) was one called 500 Appetizers by Susannah Blake. The recipe that the book opened up to was "pea and potato pakora with yogurt".
Very ironic. I'm half Pakistani and have never made pakora.. something of a staple in a South Asian's diet. I have eaten it though.. a lot. Apparently pakoras are perfect for when it's raining- as I'm told so often.
(I sent some of these over to my aunt for her to try and she said that these actually aren't PAKORAS.. they're something called batata wara... sounds funny, I know. Sounds like Hakuna Matata. The batter for these is the same batter used in pakora.. only difference is that this contains potato.. hence batata wara and not pakora....)
Anyways, back to the pakoras. I usually try to avoid making anything deep fried... because of the high oil content... but I made these because obviously that was the spirit of the blog challenge.. randomness and spontaneity... and who better to indulge in spontaneity than The Spontaneous Euphoria herself? Hmm.
These were exceptionally easy to make (and fun!). I loved swirling the pakoras around in the oil as they fried....
Here's the recipe.. I added double to triple the amount of chili powder and fresh green chillies though.. also, don't forget to SEASON it!
Ingredients
450g potatoes, boiled and mashed
125g frozen peas, thawed
2-3 fresh green chillies, seeded and finely chopped
4 spring onions, finely sliced
2tsp ground cumin
1tsp ground coriander
3tbsp chopped fresh coriander leaves
115g gram flour
1/2tsp chilli powder
1tsp turmeric
1tsp baking powder
200ml cold water
Sunflower oil for deep frying
Salt
Procedure
Mix the potatoes, peas, chillies, spring onions, cumin, ground and fresh coriander. Season with salt and stir to combine. Shape into 16 walnut-sized balls, place on a platter and chill for at least 30 minutes, until firm.
Mix the gram flour, chilli, turmeric, and baking powder in a bowl. Using a fork, stir in a quarter of the water to make a thick, smooth paste. Stir in the remaining water smoothly.
Heat oil for frying to 180C. Dip the balls in the batter and fry for about 2 minutes, until golden. Remove with a slotted spoon and drain on kitchen paper. Keep hot until all are ready. 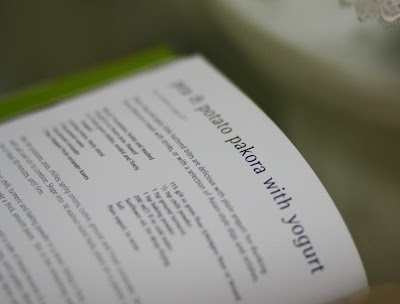 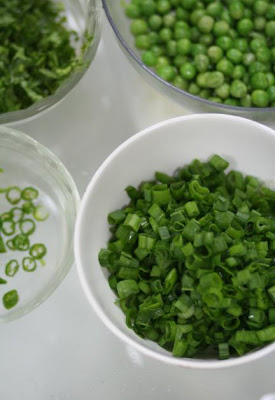 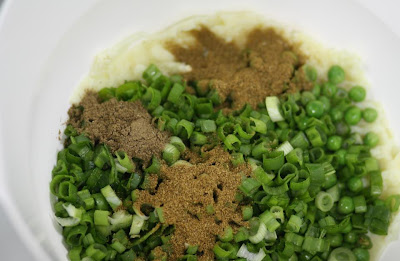 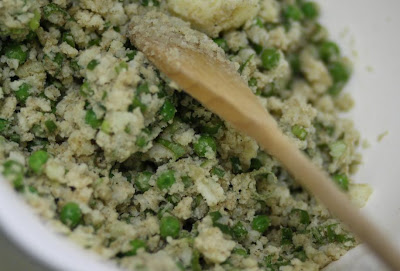 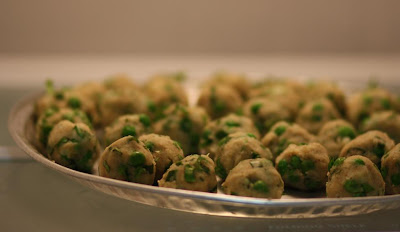 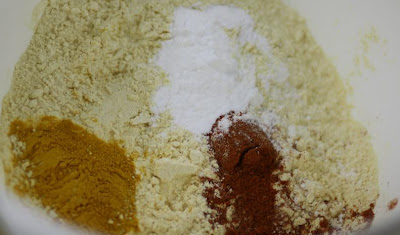 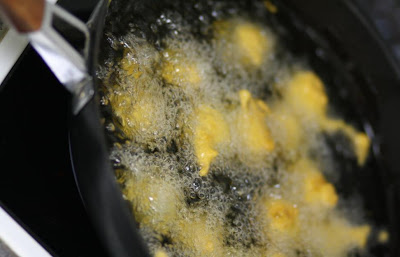 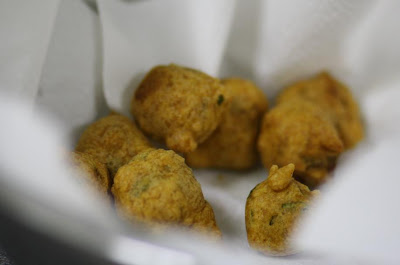 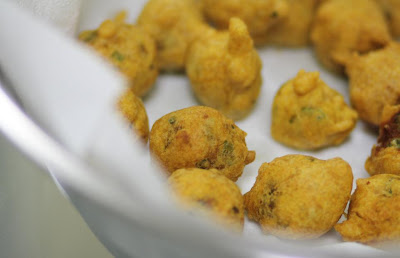