Spending time in the kitchen.

So here are a few more things that I've been making in the kitchen.

I made a marble cake the other day which was absolutely fun! What you do is bake a normal cake and then divide it into three parts; leave one the way it is, tint one pink, and for the third part, you add a mixture of cocoa powder and milk to make it a chocolate flavour. You then add alternate tablespoons of the cake mixture to the tin and then at the end swirl a skewer through them gently to mix the colours. I find it takes a certain amount of talent to properly swirl. Otherwise- you'll end up with something that looks like it's a mix of pink or chocolate... an earthy colour... and not marbled cake. If I'm not mistaken marble cakes are also called Neopolitan cakes... so is that from Naples or Napoleon's era? The icing was a plain buttercream that was naturally yellow!

The day after that I decided to make jelly cakes, what you do is dip the cakes in jelly before it forms and then put it in the fridge. They look gorgeous when coated with desiccated coconut.

I took both these recipes from Australian Women's Weekly's "100 Classic Cakes", which is a very good book!

I've made two pastas the other day which turned out to be "classics" in my kitchen. They both don't have any sauce but instead are moistened by a combination of olive oil and balsamic vinegar coupled with some herbs. The best thing about pasta is that you can add anything you want. I added cherry tomatoes and capsicums and normal chopped Roma plum tomatoes. I always have to start with a base of onion and garlic in my pastas anyways.

I finally finished reading "The Saucier's Apprentice" by Bob Spitz. I bought the book a few months ago from Kinokuniya and started reading it a couple of weeks ago. The book is a travelogue about a guy who travels through France and Italy visiting various cooking schools. They're all about his experiences and the book is scattered with some really good recipes I can't wait to try. Sauces, pastas, and entrees. I love cooking with tomato. That's a fact. And tomato is a staple in Italian cooking and also French.

More than half of the book is set in France. After that, the author travels to Italy. I personally prefer the Italian parts of the book, but I guess that's only because perhaps I can relate to that more since I've been there. Or because I'm more accustomed to Italian food than French food.

It's a good book to read especially if you want to see the differences there are in "cooking schools".. the variety of forms they come in, from those that are simply demonstrations to one-on-one sessions, to those in peoples' homes to those which take place in posh restaurant kitchens.

Reading the book made me want to travel all over France and Italy. Taking my own time, a nice slow pace, exploring, and doing whatever I feel like spontaneously..

I got this random idea a few days back to move a shelf we have in the kitchen to a more convenient location. I then rushed to IKEA and bought all kinds of jars and tins and then labelled each with "Flour" "Icing Sugar" and so on and so forth! Also filled tiny jars with spices!

Now I have easy access to what I use most.. This is something that should have been done longgg ago...

At least I didn't color code the ingredients, as I have a tendency to do with everything else.

CIAO
XX
Blogged by spontaneous-euphoria at 15:38 No comments: 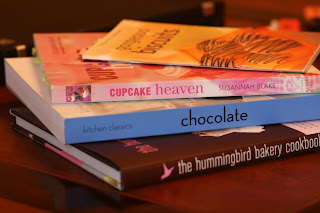 So these are some of my favorite cookbooks! You can tell from the titles how yummy they are! I can't cook without the first two.
Blogged by spontaneous-euphoria at 21:15 No comments: 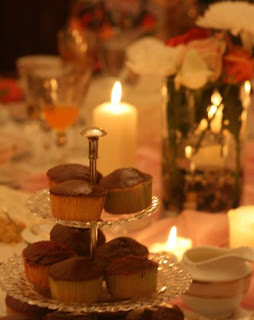 So there is a lot that I need to write about in the world of cooking!