And I'm back. In Dubai that is. And back to blogging so it seems. I just spent almost two months in the wonderful city of London doing an internship. I loved my job- I learnt so much, both about the nature of the work and about myself. And more than anything, I fell even more in love with the city. I discovered new places, did different things, spent so much time just wandering around, and truly relished the city by fully absorbing its sights, sounds, and smells. And with that exploration and discovery, I found out how much I'm inclined to certain things. Those things being small businesses, entrepreneurship, tiny alleyways, the absolutely beautiful roadside cafe or bakery, and just the idea of walking and walking to places (which I almost never get to do in Dubai).

Maybe the thing that you might find funny reading that previous sentence was that I discovered how much I like entrepreneurship- since Dubai is in some ways considered to be the embodiment of that. And it is- in many ways. But mostly, I find businesses in Dubai to just consist of bringing the latest foreign fad to town. Or bringing the newest chain store which- gasp- doesn't have a branch in Dubai. Entrepreneurship should be the total opposite. It should aim to create a culture of its own, a following of its own, ideas and techniques of its own, and most importantly, an identity of its own.

But anyways, on to the recipe. I got back to Dubai- and the heat- with a longing for lemonade. Or anything lemon and mint, really. And almost suddenly, I had an idea of lemon and mint cupcakes. Lemonade cupcakes, in some ways. I wanted to put 7up in the cake batter (something like Irish soda bread, haha) but decided against it. 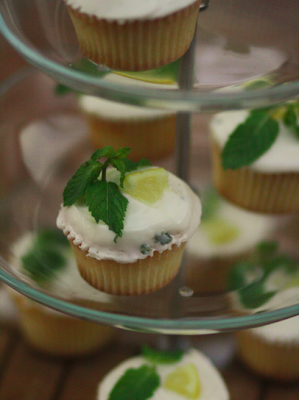 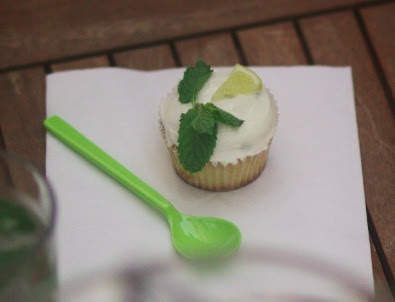 12 mini lemon slices and 12 sprigs of mint- for decoration

Procedure
Preheat oven to 180C and line a 12 cup cupcake tray with liners. Beat the butter and sugar until pale and fluffy for about eight minutes on medium speed. The key for the sponge is for it to be very light and so beating the butter and sugar for a while really helps. Add the eggs one at a time, beating in between. Add the flour and fold in, followed by the lemon zest and juice. Fill the liners with batter and place in the oven in the lower rack for 15-20 minutes so that the top of the cakes reach the middle of the oven. When the cupcakes are done, bring them out of the oven and let them cool till room temperature before icing them with the buttercream.

For the buttercream:
Beat the sugar and butter until incorporated, add the milk and beat. Fold in lemon juice and zest and chopped mint leaves. Beat on high for around six minutes until very fluffy. 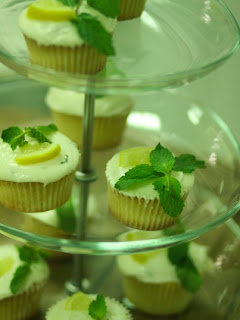 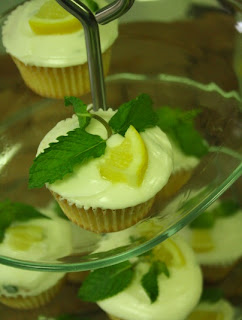 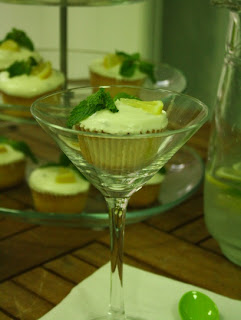 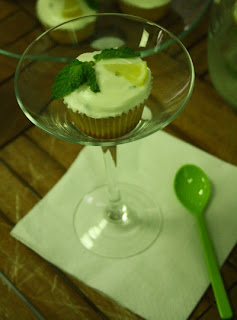 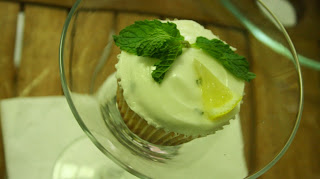 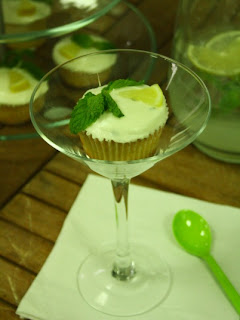 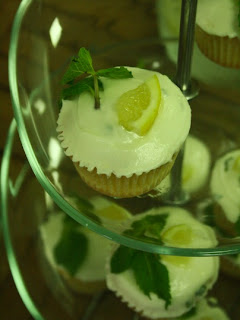 Sorry for the picture quality... color-wise. When I edited the size, they somehow messed up and I didn't feel like changing anything, haha.