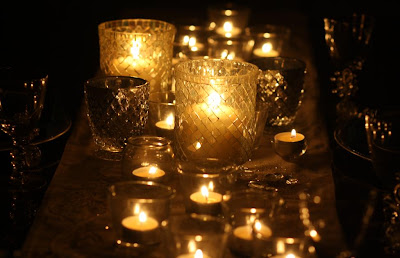 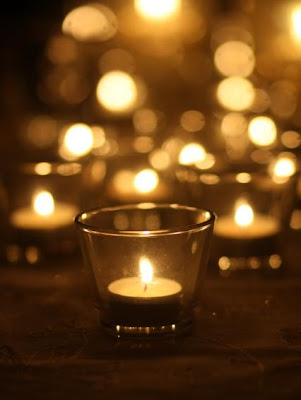 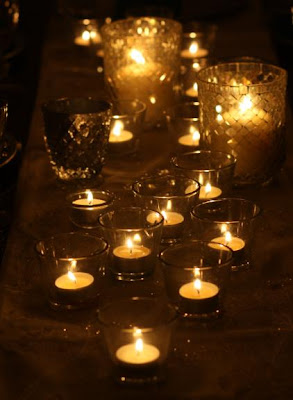 I decided to have a small dinner gathering last Friday. I missed setting the table, choosing a theme, deciding on a menu, and cooking a million things. The last time I did it was in August. There's nothing like sitting down to a good homecooked meal with a bunch of people you love. And especially when that meal has been cooked by you. There's something so fulfilling about feeding those you care for. There's nothing to compare.

Aaanyways, everyone asked me to just make three dishes.. Two main courses and one dessert. I said OK, but secretly made seven things... that's just me. I don't know why. I can never just cook ONE thing. Well, I do, sometimes.. for a quick dinner... but most times I cannot.
I chose to make leek, rice, and parmesan frittatas and basil pesto and semi dried tomato crostini for starters. Then, I made seven-vegetable tagine with couscous and roast chicken with dumplings for main course. For dessert, I had fruit salad with orange sugar syrup and rich chocolate mousse. 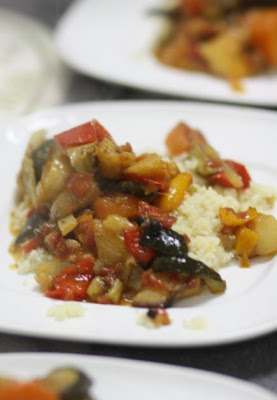 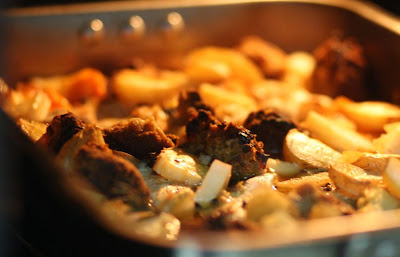 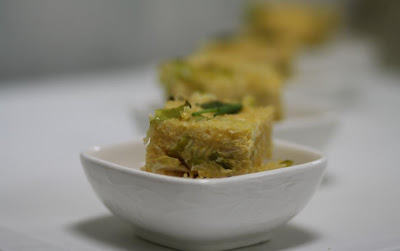 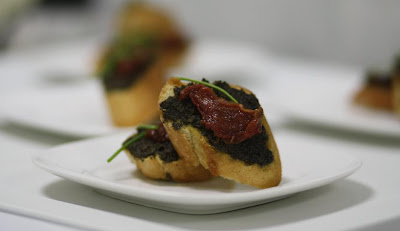 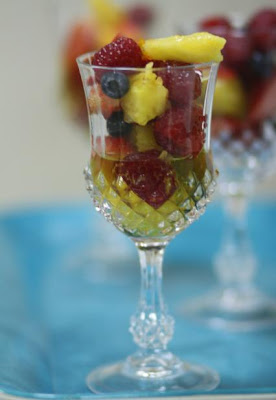 The recipes were all fairly simple. I loved the main courses the best.
For the roast chicken with dumplings, all you had to do was chop up some potatoes and carrots and put them in a roasting tin with some pieces of chicken breast. Of course, don't forget to season. Making the dumplings are fairly easy, too. Fry some onion with butter. Once softened, put in a bowl and add a cup of breadcrumbs, add as many eggs as needed to make the mixture a dough that will be easily shaped into round balls.
The tagine was also just as easy to make. Chop some zucchini, carrots, sweet potato, parsnips, capsicum, fennel, and eggplant and toss together in a roasting tin with some freshly cracked pepper and sea salt. Add some cumin seeds and let the whole thing cook in the oven for about one hour on medium heat. For the sauce, heat some canned crushed tomatoes, add some freshly squeezed orange juice and cranberry juice. Place the couscous in a large bowl and fill with boiling water, cover with a plate. After 3-4 minutes, fluff with a fork, add lemon juice, raisins, and chopped dried apricots.
The crostini was VERY easy.. just because instead of guacamole on the ciabatta bread, I spread basil pesto. What happened to the guacamole? Well, it never happened. This was my second attempt at making guacamole.. and it never works with me! Very irritating. I need to figure out what I'm doing wrong. I placed one semi dried tomato on each crostini (is the singular crostino?) and ta-da, it was done! .. sans guacamole.
For the table decor, I didn't use any flowers. Very rare for me not to do so since I'm always using roses and carnations in pinks and reds.. ( like here and here and here) Instead, my centerpiece was candles. Lots and lots of them. All over the table, actually. It was made possible because instead of placing all the dishes on the table family style, I brought the courses out one by one with the food already arranged on a plate. Fun.
I don't think my photographs captured the candles that well, but they looked magical. 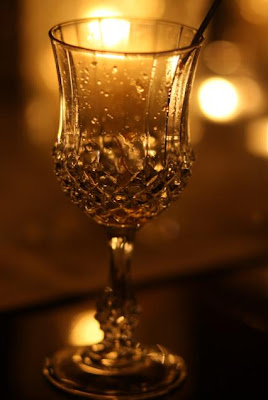 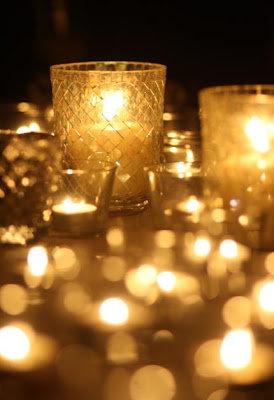 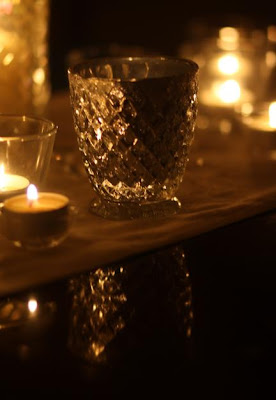 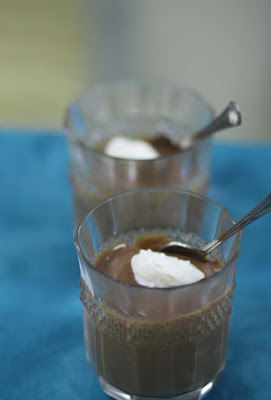 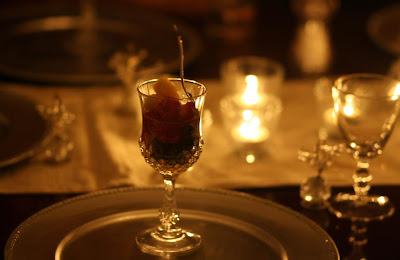