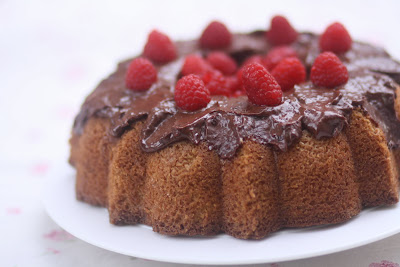 So the two things which make up the title of the cake are actually in its topping. But it's still a chocolate and raspberry cake. You know how people say rice or pasta are like these somewhat flavourless dishes which means you can experiment a lot with them? I think the same way about vanilla cake. Well obviously it's sweet, you putting ketchup as frosting won't really work, but it's quite a good base if you want to get creative on the sweet side of the tastes spectrum. 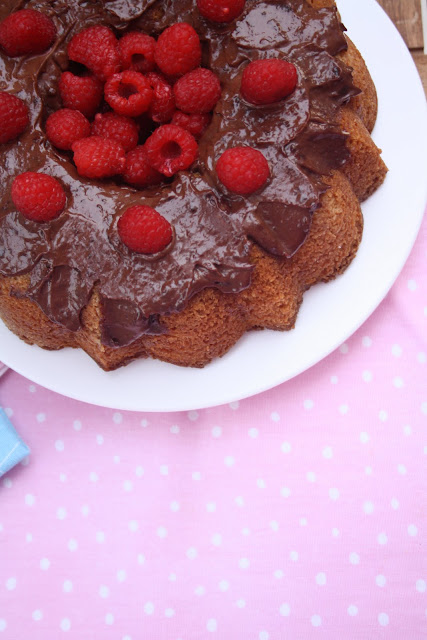 I found this wonderful chocolate and raspberry jam from Cocomaya in London and ever since I bought it a couple of weeks back, I've been dreaming of using it as frosting on a nice bundt cake. I love the way icing/glaze just drizzles down in a bundt cake. I've never had mine look that professional but I'm hoping to get there. I used a spoon and then an offset spatula when I frosted mine. I think if you're using a runny glaze simply pouring it down the cake will achieve a nice old-fashioned look but my topping was more of a thick frosting so I had to apply it using a spoon. 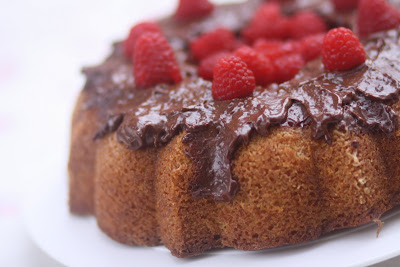 Procedure:
Preheat the oven to 180C and grease and lightly flour a bundt cake pan.
Beat together butter and sugar until light and creamy. Add the eggs one by one, whisking well after each addition. Add the sifted flour and fold in using a metal spoon. Add the milk and vanilla and mix well together. Pour the batter into the cake pan and bake for 25 minutes. Once baked, allow to cool completely before frosting.

for the frosting:
take the chocolate/raspberry jam and whisk until smooth. Add the cream and beat until color has lightened and mixture has become fluffier. Gently spread over top of cooled cake. Arrange raspberries around center and in the middle of cake. 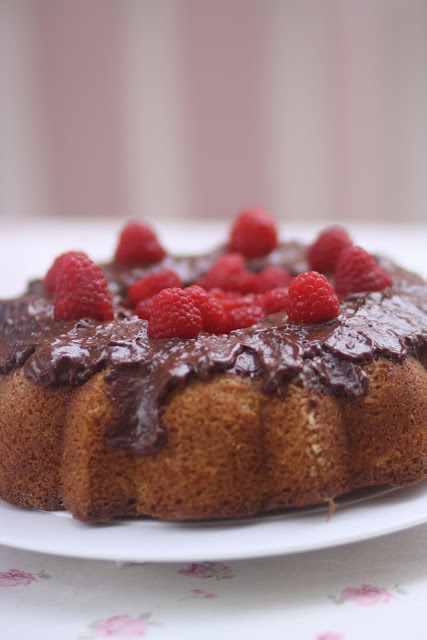