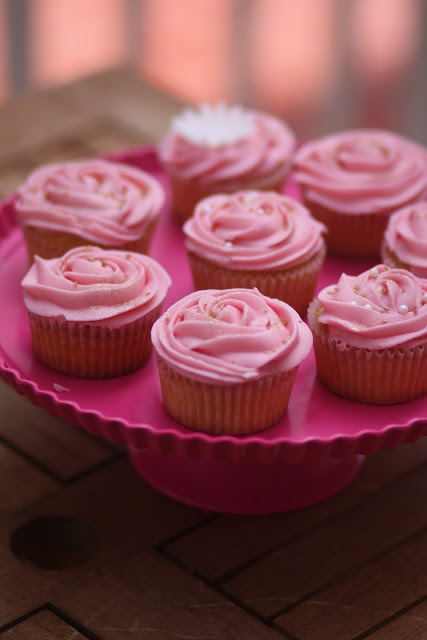 OK, well this isn't exactly a tutorial if there aren't step-by-step photos. I made these without the intention of blogging about them but a lot of people have been wondering how to get swirly frosting that holds its shape.. and even to get the rose-like look on them. So I decided (since these looked so pretty) to share these pictures with you and also explain verbally (as best as I can) how to get frosting like this. 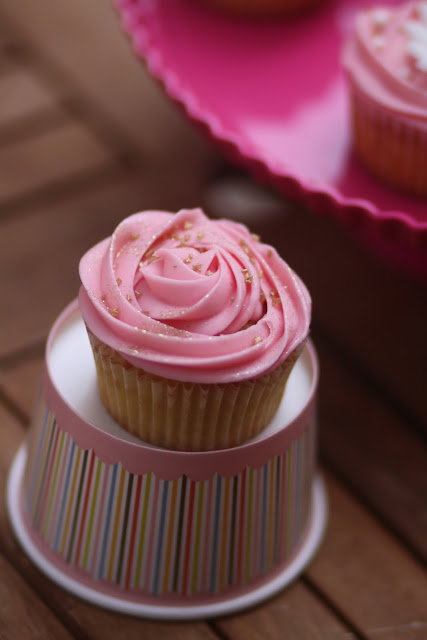 1. I never make frosting with measured or weighed ingredients. I use my intuition- or I just see how well it's progressing.. But let's say for ingredients- I use 50g of unsalted butter (give or take 20g either way) that is softened. It is extremely important for the butter to be softened. I then mix in around 350g of icing sugar that isn't sifted. For one, I find sifting icing sugar extremely frustrating- you get little icing sugar smoke all around you. And two, I don't think the sifted factor makes much of a difference. 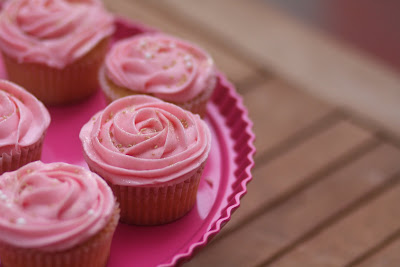 2. For cupcakes like these, you need frosting that is "tough".. or more solid.. Runny frosting won't do. Once you've mixed the butter and the icing sugar, add around 2-3 tablespoons of milk and beat well until combined. Add the gel food coloring at this point. Gel is best since you only need to add a very small quantity for strong color, and its nature doesn't change the consistency of the frosting-whereas liquid coloring would. 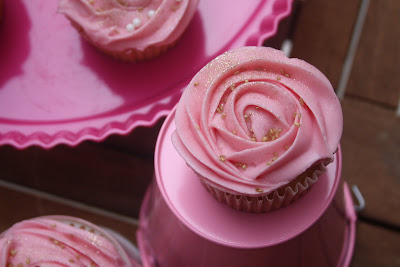 3. The longer you beat, the more fluffy and incorporated the entire mixture will become.

4. If the mixture is too runny, keep on adding more icing sugar to tighten/harden it up until you reach what you think is the right consistency. A lot of this is done by eye.

5. Take a piping bag (plastic or paper one) and pop a 1M nozzle inside. This is the most important part. It has to be 1M otherwise the size/shape of the piping will be different. Hold the piping bag open over a jug, and with a spatula, pile in the icing. Make sure that the piping bag is a bag which is floppy and not one of those mechanical syringe like ones. It's more challenging to use an actual piping bag but the results are so much better because you have a lot more control over it. 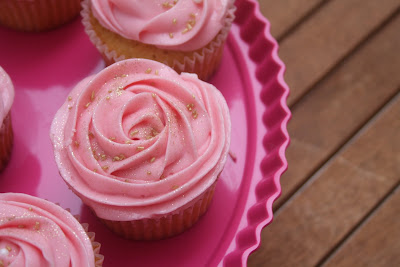 6. Hold the cupcake in your left hand if you are right handed and in your right hand if you are left handed and with the piping bag (nicely secured at the top) in your dominant hand, pipe from the center, bringing the bag around like you're drawing a snail pattern anticlockwise. Loosen your hand as you reach the outer edges of the cupcake (this will create somewhat larger swirls which will overlap creating petal-like features).

7. Release the piping bag from cupcake once you have covered the entire cupcake. Do not abruptly pull away as that will show on the cupcake. Instead, "seal" the frosting in by making the last bit of piping extremely thin and tight. 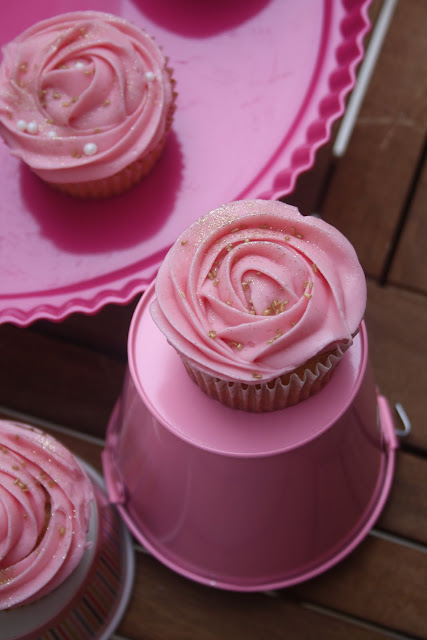 8. For the glitter, take a very thin (un-used!) paintbrush and open a pot of EDIBLE glitter, Dip the brush in the surface of the glitter in the pot. Bring the brush (whose tip is now coated with glitter) over the cupcake and with your index finger tap the brush. This will release all the glitter from the tip of the brush onto the cupcake. Tap the brush lightly while moving your hand around the entire cupcake so the glitter doesn't end up all in one place.

9. If you're using edible pearls, carefully place them around the swirls with your fingers. 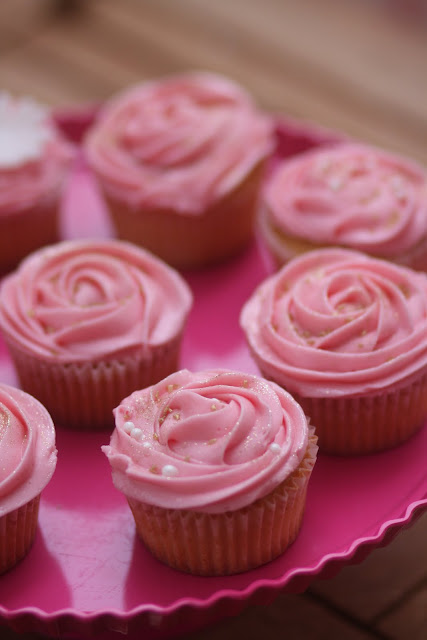